There have been rumors that the issuance of 4G licenses on May 17 has been broken, and how to issue 4G licenses has once again caused conjecture.

Yesterday, there was news that the three major operators would uniformly obtain TD-LTE licenses. This news caused another uproar in the industry.

If this message is the final version, it means that the operator can get two 4G licenses and can choose to build two networks or only one TD-LTE network. 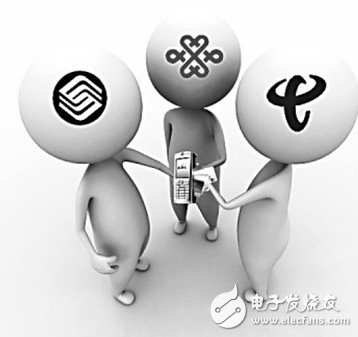 A middle-to-high-level person from the operator said that such information has been obtained from the Ministry of Industry and Information Technology. However, because the issuance of 4G licenses requires the decision of the central senior management, whether there are still variables as stated in the current version.

From the current point of view, operators have obvious differences on the attitude of TD-LTE. China Mobile (Weibo) is actively conducting TD-LTE scale trials, and has announced 4G trial commercialization in some cities. On the May 17th Telecommunications Day this year, China Mobile started user-friendly testing in Shanghai, and Hubei, Jiangxi and other places have also started the 4G experience of bus lines.

For China Unicom and China Telecom, if both the TD-LTE license and the FDD license are obtained, after building a TD-LTE network, building an LTE FDD network becomes an "indispensable option."

Shi Guang, Director of the Research and Consulting Department of the China Communications Society and Secretary-General of the TD Technology Forum, said that if an operator can obtain two licenses, it is at a practical level. Since most of the core technologies of TD-LTE and LTE FDD networks are the same, operators can use common platform technology solutions to build 4G networks, which is very different from 3G construction.

Judging from the current situation, there are no more technical difficulties. On the TD-LTE and FDD-LTE network common platform solution, Ericsson, Nokia Siemens Networks, Huawei, ZTE and other major equipment manufacturers have made technical preparations and integrated networking Has become the consensus of equipment manufacturers. On December 18 last year, China Mobile Hong Kong officially commercialized the TD-LTE network using the LTE TDD / FDD converged networking solution, which also provided a reference for operators to deploy 4G in Mainland China.

These colorful gift are used to decorate your Christmas tree. They are very beautiful.Even as an outdoor decoration these set will make a good impression. with pine needle, berry, vivid color and realistic appearance, the artificial pine pick can well satisfy your pursuit of beauty and decorative needs, easily highlight festival and Christmas atmosphere. Decorative range:used to decorate hotels, restaurants, cafes, office buildings, family gardens, etc