China and the rest of the world are entering the new 4G/LTE era at full speed. As a mobile backhaul technology, PTN will face severe challenges even after years of evolution and maturity. Some of these technological changes are huge enough to trigger a revolution in PTN technology. This paper takes into account the deployment of macro base stations and micro base stations, and reviews the changes and challenges faced by LTE backhaul technology compared with current 3G deployments.

First introduce the 2G and 3G infrastructure currently deployed. Today's PTN networks are the result of the transition from 2G to 3G in place of circuit-switched SDH networks. The 2G/3G base station traffic is aggregated by the aggregation device located at the base station and transmitted to a central point called RNC (Radio Network Controller) or MSC (Mobile Switching Center). Traffic is further processed at this central point and forwarded.

A key point of 2G/3G backhaul is the hub or star topologyâ€”the traffic of the base station is aggregated by the switch or router at the base station and then transmitted back to the central point through the point-to-point connection. This point-to-point connection is easily implemented on a Layer 2 network (such as PTN) using pseudowire technology.

Operators are turning to LTE technology to cope with the growing mobile traffic. Obviously, the backhaul network needs to improve performance to adapt to the data transmission rate of LTE. However, in addition to higher performance, LTE backhaul technology needs to address other issues.

From second to third

LTE uses a flat IP architecture where the RNC or central controller will no longer exist. The traffic from the base station does not need to flow to the same central point. Instead, the LTE base station or eNodeB can send traffic to multiple access gateways. The base stations can also perform traffic transmission to each other. The 3G hub model has been replaced by the IP network format topology. As a result, the backhaul network needs to be upgraded from L2 PTN to L3 PTN to support routing functions.

After the Layer 3 network is introduced, the backhaul device needs to add more functions, such as VPN, OAM, and synchronization on Layer 2 and Layer 3.

There are many ways to deploy LTE. You can create a new LTE base station or install it on an existing base station tower with 2G and 3G base stations. In addition, 3G base stations can also be upgraded to LTE through radio heads and software replacement. Regardless of the way, operators face the problem of coexistence between 4G base stations and existing 2G and 3G base stations. If the same base station aggregation device can support both LTE backhaul and 2G/3G backhaul, it can greatly save the operator's capital expenditure. In order to achieve this, such base station aggregation equipment must be able to support multi-service functions. The aggregation device needs to have an Ethernet port and the services needed to support LTE backhaul. At the same time, it is necessary to provide T1/E1 based TDM interface and TDM pseudowire function for 2G/3G backhaul. Multi-business capabilities are essential to maximize the operator's return on investment.

The LTE micro base station also accelerates the deployment of IPv6 in China because operators face the problem of insufficient IPv4 addresses for mobile users and base stations.

For device vendors, they need to develop new devices with more resources and full IPv6 capabilities.

Introducing L3 into the backhaul network adds more delay and delay variation to the transmission of 1588 packets, which degrades 1588 performance. Support for boundary clocks or transparent clocks becomes critical for LTE backhauled switches or routers.

Hosting 1588 on IPv6/UDP faces more challenges. In order to load 1588 on both IPv6 and UDP, the implementation of 1588 on the switch or router must be able to update the UDP checksum in real time. This may mean that the backhaul device requires an update on the hardware.

LTE micro base stations require the most convenient wireless or wired connection for backhaul. Microwave and broadband access media such as DSL or PON are obvious candidates.

Assume that there is a DSL or PON link between the micro base station and the 1588 server. The micro base station runs 1588 SLAVE mode and attempts to recover the TOD from the server. This was originally a very basic configuration, but unfortunately this configuration is not valid. The reason is that the delays of DSL and PON are very large, and even worse, the delay between the two is still asymmetrical. This will definitely hinder the normal operation of 1588.

Operators are looking for solutions that support 1588 on broadband access. There are currently several ways to solve this problem, and all need to add special features to the PON or DSL design to support the operation of 1588.

The large-scale deployment of LTEâ€”especially LTE micro base stationsâ€”will also pose great difficulties for operators to manage and operate backhaul networks. Operators are eager to find a solution that simplifies network management and reduces operating expenses. SDN is a promising technology in the backhaul domain by centralizing the control plane and providing an open, standard way to configure and manage the data plane of the backhaul equipment.

To support SDN, device vendors need to support protocols such as OpenFlow in their control planes and their network management systems. In addition, you need to update the data plane to make it compatible with OpenFlow.

LTE has a significant impact on backhaul technologies such as PTN, including flat IP architecture, introduction of micro base stations, and coexistence of 3G/LTE base stations. Operators are looking for a new backhaul device optimized for LTE to reduce capital investment. At the same time, new network management technologies including SDN are used to save operating expenses.

Tom Spa will create an upscale atmosphere with its sophistication and contemporary design. The grey and white hues have a timeless style that will keep your salon on trend through all four seasons. Each piece in this collection is crafted with real, high quality wood and lab marble that are acetone and scratch resistant. 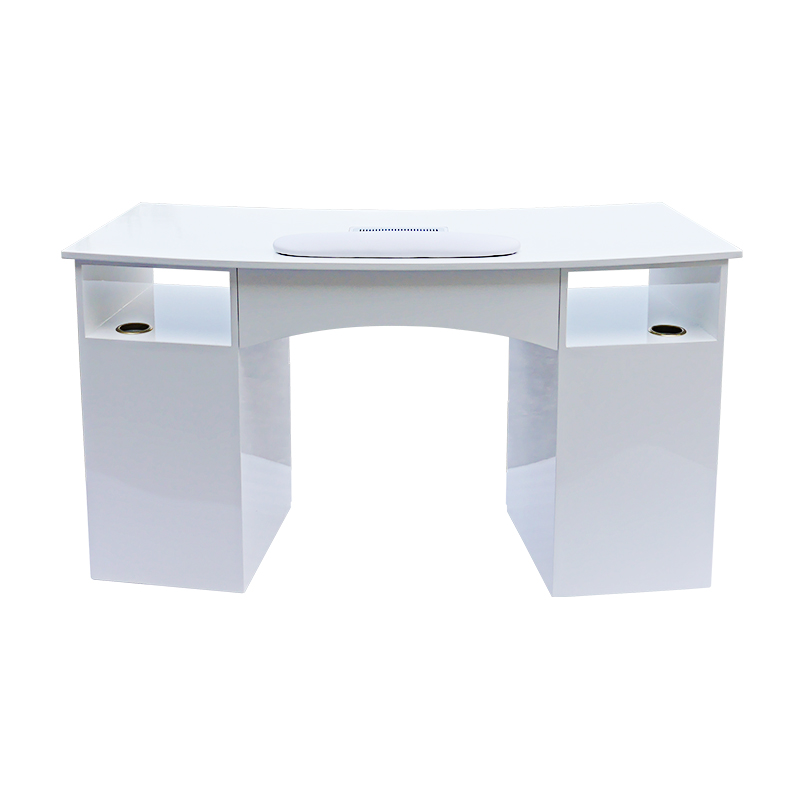