Since the reform and opening up, with the advantage of low-cost manpower, China has gained a decisive position in the manufacturing industry and won the title of "World Factory". In recent years, with the advancement of technology and the rise of labor costs, this has gradually disappeared the demographic dividend on which this "world factory" depends. This gave birth to the concept of "smart factory", borrowing advanced industrial automation to replace human production, thus leading a new generation of manufacturing trends. This is an inevitable result of industrial upgrading and market development. As industry personnel, how can we gain insight and seize the opportunity? This requires us to have an overall understanding of industrial automation.

The beauty of industrial automation

The industrial automation we talked about refers to the general term for information processing and process control, such as measurement and control, in accordance with the expected goals under the premise of no direct intervention of machinery or equipment in the production process. Among them, the automation technology is to explore and study the methods and technologies to realize the automation process. This involves technology fields such as machinery, microelectronics, and computers, and is a comprehensive technology.

In fact, in the eyes of professionals, this is still an "old" industry. But in the past few years, due to the development of "manufacturing robots" and "3D printing", this concept has been changed.

Speaking of manufacturing robots, we know that Taiwanese manufacturer Foxconn once proposed a production plan of one million robots, and the 3D printer that claims to be able to print anything is a star of tomorrow in the current manufacturing field. Products such as programming controllers, machine vision, human-machine interfaces and stepper drives are bound to bring a big revolution to the market.

With the support of policies and technologies, industrial automation will be an explosive growth point. How to do a good job in product positioning and market segmentation in order to get a slice of the soup in the future market is an issue that the related companies need to consider urgently. 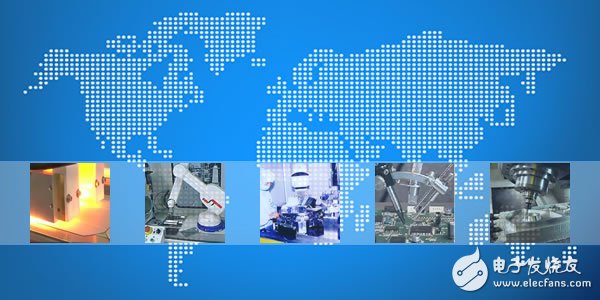 Whether considering the simplification of human labor or improving production efficiency, industrial automation is the only choice. But for a smooth transition, we still need to sort out a few issues.

The first is safety. In the fully automated industrial production process, the safety of our industrial control system will be the focus of attention now and in the future.

After the "Zhenwang" and subsequent industrial control safety incidents in 2012, all industrial control manufacturers and application providers paid close attention to the problems. Different from the traditional security information field, industrial systems emphasize the intelligent control, monitoring, and management of industrial automation processes and related equipment, and pay more attention to the real-time system and business continuity. This shows that the availability, real-time and controllability of system equipment are the key aspects of industrial control systems. Therefore, how to ensure the safety of these aspects is the key to safety that we mentioned.

Secondly, how can we be promoted to the "protagonist" of the automation industry. Due to the lack of innovative capabilities, talents and patents, China's automation development is hindered.

In the case of industrial robots, industry insiders believe that the robot industry will be a new large-scale high-tech industry after cars and computers. The demand for industrial robots will grow at a rate of 15-20% per year.

Behind the market's enthusiasm is the embarrassment of domestic enterprises. In 2012, the local brand robot sales were only 11,12 units, and the sole proprietorship and joint venture brand sales reached 25,790 units, with a market share of 4% and 96%, respectively. The domestic Qinchuan Development and Electric Group is a pioneer in the robot industry. However, the overall share is still insignificant compared to foreign-funded enterprises, which requires manufacturers to work hard to create better products, cater to market demand, and closely follow the trend of industrial automation.

Third, the lack of core components is the root cause. We continue to use industrial robots as an example to illustrate the common problems of the domestic automation industry.

According to reports, the core components of industrial robots include the robot body, reducer, servo system, and control system. The cost of these four parts is 22%, 24%, 36%, and 12%, respectively.

For domestic enterprises, the difference between reducers and servo motors is huge compared with international giants. Especially in the area of â€‹â€‹reducers, they have hardly been industrialized. At present, 75% of the precision reducer market on the market is controlled by Japanese manufacturers, and the price will be higher than others. This has also become a grievance for domestic automation practitioners that cannot be detailed. If these core components can realize domestic fireworks, no matter in cost control or technology, they can be greatly improved. So this is also an urgent issue.

From the above aspects, the problems faced by Chinese enterprises in the automation process still have a long way to go compared to other advanced countries such as Europe, America, Japan, and South Korea. How to overcome the weak innovation, backward technology, and talents mentioned above The lack of problems is not a one-time problem, but some domestic companies are seeing hard work, trying, and learning from international giants. I believe that one day, China's industrial automation can bear its own brand.

â€”â€”This article is selected from the special issue of â€œIntelligent Industry Special Issueâ€ published by Electronic Fans Network in September. Please indicate the source for reprinting.

A Buzzer or beeper is an audio signalling device, which may be mechanical, electromechanical, or piezoelectric (piezo for short). Typical uses of buzzers and beeper include alarm devices, timers, and confirmation of user input such as a mouse click or keystroke.