Nowadays, the development of digital imaging products is getting faster and faster, and the requirements for storage are getting higher and higher. Recently, the high-end models such as Nikon D4 and Canon EOS 1DX have supported more than 10 high-speed continuous shooting capabilities per second. High-speed memory cards on the market are a challenge. Take Nikon D4 as an example. Suppose the file size of a single RAW format is about 20MB, then the data volume of 11/sec high-speed continuous shooting is as high as 220MB, and the highest CF storage speed on the market is 90MB/sec (600X), even if It takes about 2.5 seconds to shoot only 11 RAW files - for such a high-end camera, the waiting time is almost unbearable.

This article refers to the address: http:// 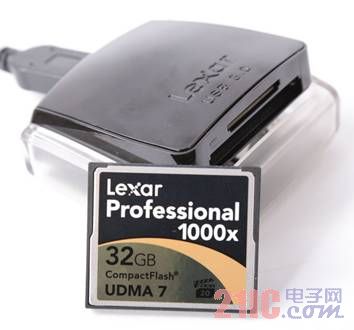 As the world's leading flash memory product brand, Lexar has been committed to the development of performance and reliability combined with the storage products of the modern imaging industry. Its newly released composite UDMA 7 standard professional series 1000x CF card is the recent The speed has reached an unprecedented 150MB/sec, and today we are coming to this high-performance UDMA 7 1000x CF card. 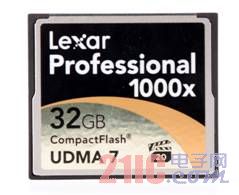 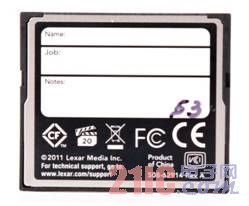 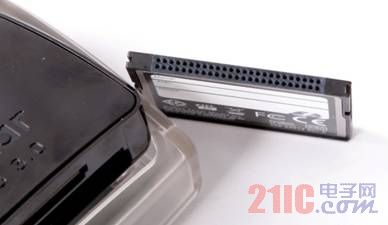 The card's design is simple and generous, and continues the rigorous and first-class work of Lexar products. In addition, in addition to the notable UDMA 7 logo, it also features the VPG-20 logo on the exterior, indicating that it complies with the VPG-20 specification and is capable of supporting professional-quality high-definition videoâ€”meaning that the card guarantees video capture. Speeds up to 20MB per second, ensuring professional-quality video at high frame rates, eliminating frame loss.

Introduction to the test platform 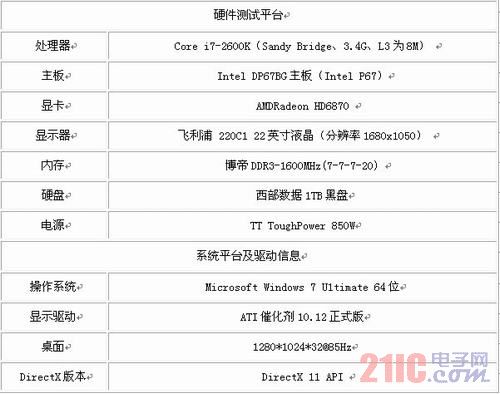 It is a popular hard disk testing tool and the most important software in this test. ATTO Disk Benchmark is a disk/network performance testing tool produced by ATTO. The software uses a 64KB-256MB test package. The data packets are read and written according to 0.5K, 1.0K, 2.0K and up to 8192KB. After completion, the data is expressed in the form of a histogram. It is a good illustration of the impact of different file size ratios on disk speed. We are using a 32MB test package to verify the read and write speed of 0.5-1024KB.

It is a set of applications developed by Japan to test disk transfer efficiency. It can test functions such as disk read, write, random read, random write, and copy files. The test project is closer to the daily use situation. Compared with ATTO, its performance is more suitable as a reference for the purchase of products, while ATTO is more inclined to test the ultimate read performance.

It is a small, easy-to-use, short test time test program that can test random access time, read rate, write rate, burst read rate and CPU usage in a short time. With it we can also get read performance curves and write performance curves. The data of the test product in the data access process can be obtained intuitively. In this test we used HD TachRW V3.0.1.0.

It's a small tool for testing your hard drive or storage device, and the easy-to-use interface lets you test your storage at any time. Test storage device sizes and test numbers can be selected, as well as testable and writable speeds.

The small and easy-to-use disk tool software, its main functions are hard disk transmission rate detection, health status detection, temperature detection and disk surface scanning. In addition, the firmware version, serial number, capacity, cache, size, and current Ultra DMA mode of the hard disk can be detected. Although these features are available in other software, it is commendable that the software combines all of these features, and is very small, fast, and more importantly, it is free software and free to use.

We use the USB3.0 interface to test this Lexar professional series 1000x 32GBCF card. It is quite regrettable that the performance of the card itself can not be maximized due to the limitations of the test platform. 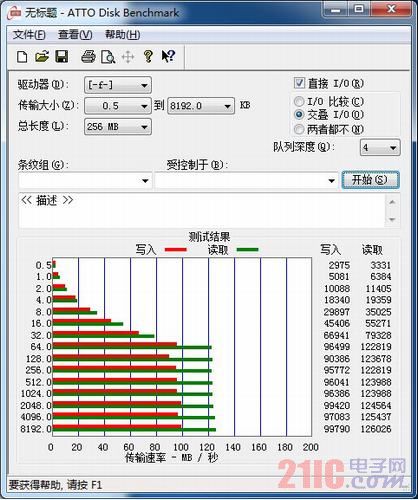 However, from the results of the ATTO test, the results are still excellent, which can reflect the magic of reading and writing of this ultra-high-speed card. The result shows that the writing is up to 100MB/sec, and the reading is even 130MB/sec. 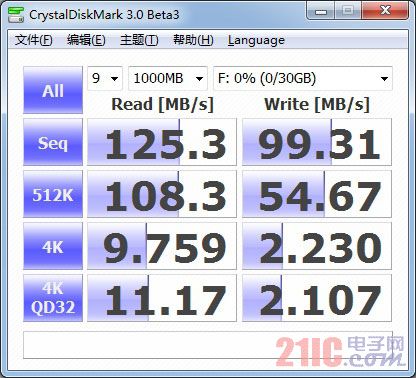 CrystalDiskMark is a very intuitive and popular, we can intuitively see that reading 125.3MB / sec, write 99.3MB / sec, almost the same as the first test results, through the speed test can also It is confirmed that the stability of this card is also quite outstanding. 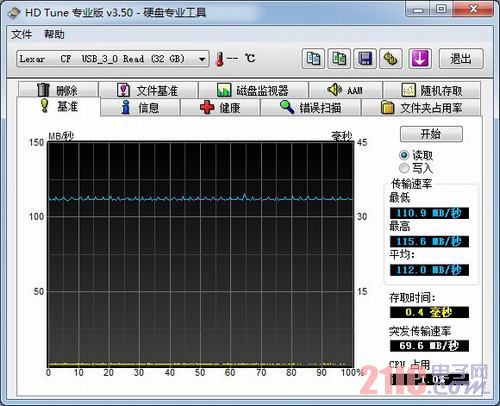 HD Tune is mainly based on testing CF card stability. Of course, the test results are also very simple and intuitive, and the stability is impeccable.

Here we add an episode. Due to the recent emergence of SSDs on civilian platforms, we use SSDs and regular hard drives (1TB black discs) for an output evaluation, which also allows the majority of SSD hobbies. Experience the speed and passion of the Lexar Professional Series 1000x CF card.

The same is to copy the 25G file to the two platforms, obviously not the result, the Lexar professional series 1000x CF card write speed is very fast, no matter which platform test, the speed is impeccable, and The advantage on the SSD platform is even more pronounced - we used to have 25GB of photos imported into the hard drive for more than 15 minutes, but now it can be cut in half.

Below we use the Canon EOS-1D Mark IV and Nikon D3S, as well as the current highest performance digital SLR cameras EOS-1D X and D4 to test the card. We use foreign data here -

As you can see, the Lexar Professional Professional 1000x 32GB CF card is the fastest of all tested memory cards.

In addition, we have also performed some performance tests on the Canon EOS 50D with the cannon lens. The test results show that the Lexar Professional Series 1000x CF card has outstanding storage performance in the same type of card, and the buffering is also ideal.

Want to come to such a high-speed card how to play its performance on the PC side, we will mention the problem of the transmission interface. In the front we also made a comparison between SSD and ordinary PC, and here we are talking about what interface to use to transfer data in the card. Card readers or other hosts with different interfaces also have a great influence on the transmission speed of the card. Below we have done a test in the form of a table for everyone.

Here we can clearly see the advantages of the USB3.0 card reader, and for the Lexar professional series 1000x CF card is even more icing on the cake.

Compared with ordinary CF cards, Lexar professional series 1000x CF card is a peak in terms of speed, stability and matching with high-end models. It can be described as its "predecessor" Lexar professional. A brilliant continuation of the series 600x CF.

From the evaluation results, although the current platform and camera firmware limitations, did not play the card's real performance, but on the current platform up to 130MB / sec reading and 100MB / sec write speed, has been enough to stand out . We look forward to continuing to lead the high-end CF industry before the next-generation technological innovation, leaving more work for the world.