Intel, Qualcomm and Nvidia, as leaders in the computer and mobile phone chip industry, are finding it hard to get into the automotive industry.

In Hyundai's 2015 luxury car, Genesis, a large number of chip technologies are used to handle blind spot detection and automatic braking. Other chips can automatically open the trunk when they are aware of the owner's arm holding the item, or monitor the car's carbon dioxide indicator to determine whether to inject fresh air. 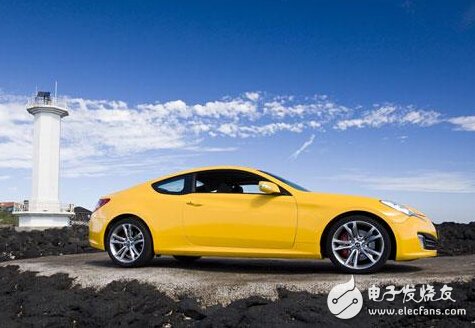 "We don't test new products in our products -- they have to be used from the start," Mike O'Brien, vice president of Hyundai Motor's US product program, explained the company's cautious choice. The reason for the car chip. He said, "We can't say, 'Oh, we are not doing this right.'"

Lawrence of Hyundai Motors clarified the obstacles that Intel, Qualcomm and Nvidia, the leaders in the computer and mobile phone chip industry, are trying to enter the automotive chip market. Today, cars are increasingly using load computing and communication systems, and driverless cars are becoming a reality.

According to statistics from market research firm IHS, the global automotive chip market will grow by 6.1% this year to reach $27.9 billion. In the automotive chip market, the Automated Driver Assistance System (ADAS) chip business is the fastest growing, with an average growth rate of 13% by 2020.

Although the number of in-vehicle systems continues to grow, including companies such as Google (microblogging) are planning to launch online entertainment and map systems, but automakers are still tepid about unverified chip makers, depending on the chip maker. Whether the product can pass strict safety inspection. When the computer crashes, the user may only lose some data; but in the event of a car accident, the user may be injured.

For automotive chips, they are not only able to withstand temperatures as low as minus 40 degrees Celsius, but also withstand temperatures up to 160 degrees Celsius. According to a research report by the accounting firm PricewaterhouseCoopers, the chips supplied to automakers must be guaranteed for 30 years and meet zero failure rates. Unlike the on-board chip, the chip life of the consumer device takes only one year, and the failure rate does not exceed 10%.

Ia analyst Luca De Ambroggi said, "The experience of chip makers in the automotive industry is not something that can be learned in one day. The requirements in this area are still very strict."

By selling their own strengths - Intel's processing performance, Nvidia's graphics processing capabilities and Qualcomm's wireless communications technology - these "new recruits" in the automotive industry are trying to make their products appear in car entertainment and driver assistance. O'Brien of Hyundai Motors said that as consumers want their cars to be as good as smartphones, tablets and laptops, market demand does exist, but while ensuring driving safety and avoiding driver distraction, It still takes time for cars to introduce new technologies.

O'Brien said that introducing new technologies to cars is complex and costly and requires cooperation from parts suppliers.

For Intel, Qualcomm and Nvidia, this should be good news. All three companies have said that they have launched car chips, or that the products will soon meet the most stringent requirements of the automotive industry.

Nvidia said the company's current chips have been able to partition, allowing some chips to do any work and let another chip handle information and entertainment. Danny Shapiro, director of marketing for Nvidia's automotive marketing, said, "We are seeing a lot of new technologies in the automotive industry. Ultimately, every car will have a supercomputer."

The ability to quickly capture and process images allows the onboard computer to identify road conditions and alert drivers to potential hazards. Shapiro said that this requires huge parallel processing - and these are the strengths of the Nvidia chip.

At the same time, Qualcomm senior vice president Kanwalinder Singh believes that more and more computing processing will be done through the data center, which requires high-speed, reliable wireless communication technology. Today, Qualcomm has received most orders for adding wireless modems to new models of automakers. Qualcomm expects that by 2020, 60% of the world's cars will have wireless Internet access.

Singer said, "All data processing will be done through cloud computing. Otherwise, you must implant massive amounts of data into the car."

Today, Audi and other automakers have begun using Qualcomm and Nvidia chips to access the Internet and perceive things around the car. Audi's top models have used more than 6,000 chips. Autopilot is of course cool. At the special Nvidia keynote speech in March this year, the Audi A7 prototype used to display slowly slowed from the background to the front desk and then stopped. The lights were laid down and the driver's seat was empty. There is still a scene for people to see. a feeling of.

Intel said that by providing automakers with a complete system - the software and computing power of implanting chips - not only can the automaker's product development cycle be shortened, but it can also cut spending. Intel executives say that eye tracking technology is used to monitor driver attention, which requires faster processing performance.

For Qualcomm, although providing modems to tens of millions of connected cars can improve the company's performance, it is not enough to bring considerable revenue to the company. Qualcomm is currently developing a chipset that offers a variety of features to the car, including access to the Internet. Singh, vice president of Qualcomm, said that this product is expected to increase Qualcomm's revenue sources. He said, "It depends on all the cars starting to network. We are gradually developing this plan. We also know that we want to make a difference in the nascent automotive chip industry and need a lot of effort."