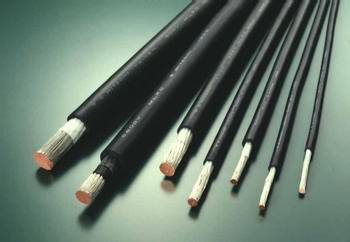 Although China's wire and cable industry has gone through more than two decades and has made considerable progress, it still does not go beyond the big and weak circle, and there is still a big gap compared with world-class companies. There are many problems such as low industrial concentration, large number of enterprises, small scale, insufficient scale economy, insufficient independent innovation capacity, and outstanding product structural contradictions. Despite these problems, the cable industry in China is facing a new take-off opportunity, namely the opportunity to quickly improve its core competitiveness in development. With the constant changes in the world economic structure, the development of China's wire and cable industry has also ushered in a technical turning point, is bound to face restructuring, reshuffle.

In particular, in recent years, China's economic development has faced bottlenecks in energy and power shortages. The country has continuously increased its investment in electric power, and this industry has entered a period of rapid development. In order to implement the decision-making and deployment of the central government to increase infrastructure construction and stimulate domestic demand, the State Grid Corporation of China plans to increase investment and accelerate the pace of power grid construction. It is expected that the investment scale will exceed 1 trillion yuan in the next 2 to 3 years, including the urban rural network and the The network construction and transformation investment was 790 billion yuan. The construction scale is 260,000 kilometers for 110 (66) kilovolt and above transmission lines and 1.35 billion kVA of transformer capacity.

This year, the Ministry of Railways plans to invest 800 billion yuan to complete the railway infrastructure, and our countryâ€™s railway mileage will also increase by 10,000 kilometers. According to the standard calculation method, general traction power supply accounts for 7%-10% of the total cost of rail transit projects, and 800 billion investment will achieve a market of traction of 80 billion yuan. This shows that China's wire and cable industry will usher in warm spring in 2013. The market demand is objective, but how to get a share of the rail transit construction depends on the strength of the wire and cable manufacturers.

Obviously, with the countryâ€™s increasing investment in rail transit construction, it not only brings a market to the wire and cable industry, but also places higher demands on wire and cable companies. How to meet the special requirements of rail transit for locomotive cables, communication and signal cables, special cable for tunnels, leakage and radio frequency cables, and power cables and lighting cables is the key to obtaining orders for wire and cable manufacturers.