After counting Apple supplier data, Nikkei News estimates that Apple will cut its iPhone production by 10% in the first quarter of 2017. Most iPhone models have been cut due to weaker market demand. The exception is the iPhone 7 Plus, which is limited in capacity due to a shortage of camera sensors.

Affected by this, Apple and a number of Apple supply chain companies fell. As the main foundry of Apple's iPhone, Foxconn is also facing greater revenue pressure.

Fortunately, Foxconn has already taken countermeasures because of Appleâ€™s â€œexploitationâ€ of suppliers. In the fields of transformation of automobiles and robots, â€œde-appliedâ€ is one aspect; the substitution of machines and the creation of smart factories to reduce the cost of employing people and improve efficiency is another aspect. 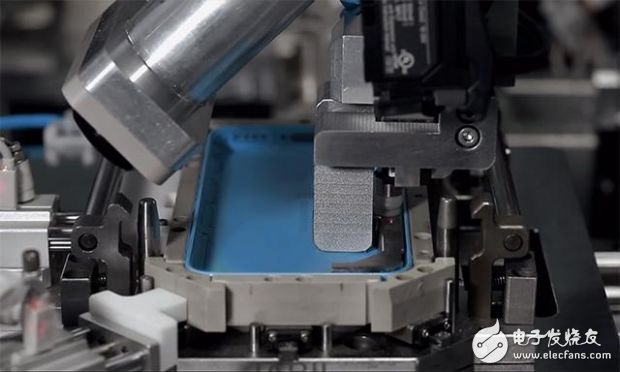 It is reported that since the launch of the iPhone 6s, Foxconn has replaced more than half of its employees with robots. According to Dai Jiapeng, general manager of the Foxconn Automation Technology Development Committee, Foxconn's robot strategy is divided into three phases:

The first phase begins with the most dangerous and tedious work, replacing individual jobs with automated workstations;

The second stage is that fully automated robots begin to replace independent robots;

The third stage is that the entire plant is automated and only a small number of workers are placed in the production, logistics, testing and inspection phases.

The Foxconn factory in Chengdu, Shenzhen and Zhengzhou has entered the second and third stages.

According to Guo Taiming, the chairman of Foxconn, broke the news earlier, some of Foxconn's smart factories have been able to turn off the lights. Between the machine and the machine, I use the Internet of Things technology to generate a large amount of data, massive data, through image recognition and signal processing technology, can achieve a full record of the production process, thus ensuring the intelligent operation of the machine.

Guo Taiming's description also proves that some Foxconn factories have entered the era of full automation. With the continuous advancement of Foxconn's machine substitution strategy, the era of factory unemployment may be speeding up. The only countermeasure to avoid this misfortune is that workers will transform from the role of cheap labor as soon as possible.