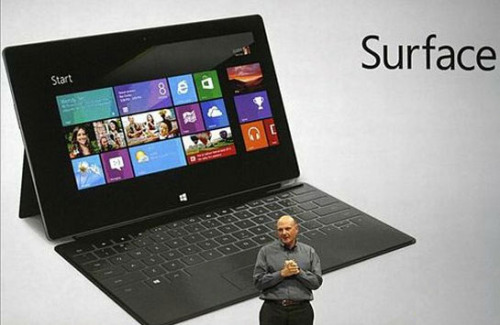 As the preferred retail partner of Surface products, Suning Stores, Tesco Shimen Stores, and Suning Tesco Websites in Mainland China and Hong Kong have officially launched the Surface booking activities on October 17th and are officially launched at the same time of the global market at 0:00 on October 26th. The upcoming SurfaceWindowsRT version is 9.3mm thick and weighs 680g with a 10.6-inch display. Of particular concern is that Surface will provide two types of keyboards, Touch Cover and TypeCover, enabling the tablet to instantly become a notebook. TouchCover is a touch-screen keyboard with only 3 mm, TypeCover is a tactile keyboard, but both can be turned into screen savers when folded.

It is understood that the pre-sale of the Surface product a total of three models, including the standard black Touchscreen TouchCover's Surface32G is priced at 4,488 yuan, 64G is priced at 5,288 yuan; In addition, at the beginning of the listing, but also a limited supply without The Surface32G version of the keyboard sells for 3688 yuan.

Main characteristics as below:

- LED action display, each action be absolutely clear to see.